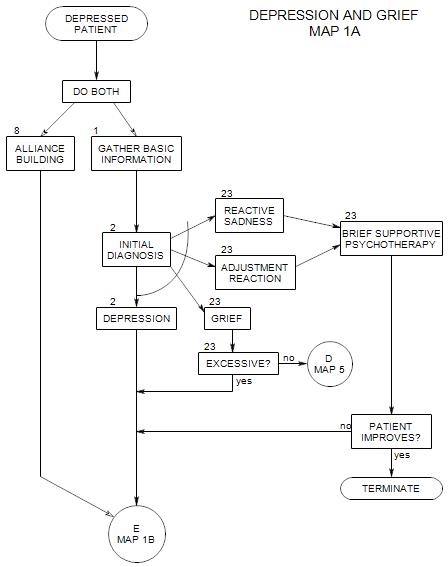 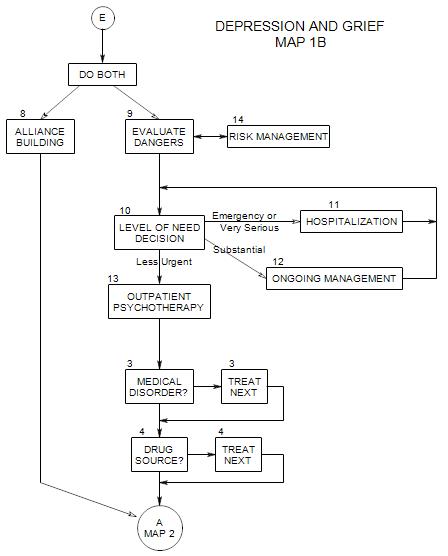 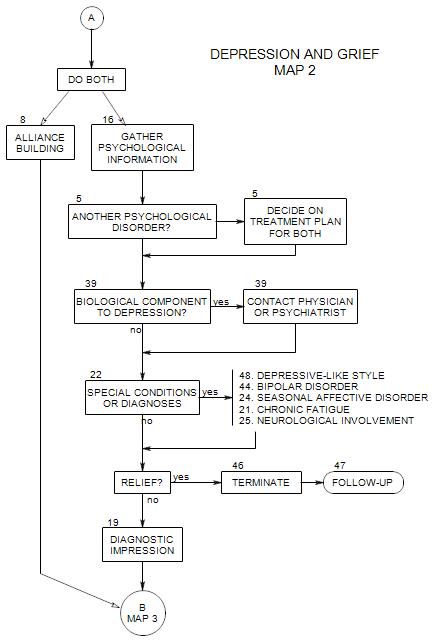 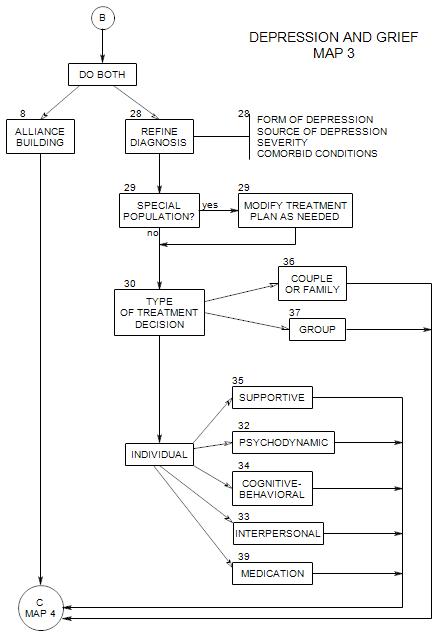 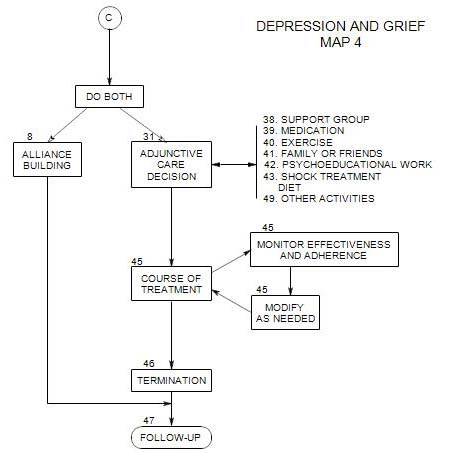 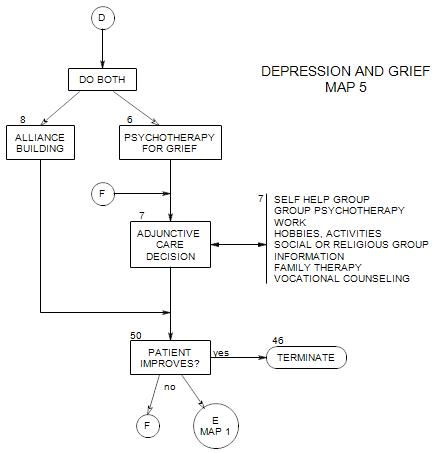 For certain identifiable subgroups of patients, diagnosis and treatment may need to be systematically altered in order to meet their special needs. Known groups [which vary in their identifiability, psychological homogeneity, and degree of difference from the general population] include…

29a. People in sobriety
People who have a history of drug or alcohol misuse but who are now sober…

People who are actively abusing a substance may be at greater risk for depression, because their drug of choice contributes to depression chemically [often in the hangover phase], and by its financial, legal and social consequences.

ISSUES COMMONLY OF GREATER SIGNIFICANCE TO WOMEN THAN TO MEN

Some of the major concepts used in theories of depression such as attachment, loss, dependence, and self-esteem need to be reexamined from a woman’s perspective. The relatively new research into women’s development focuses on the connection between definition of the self and orientation toward relationships. This relational self differs significantly from the autonomous/separated ‘healthy’ individual described by traditional theories. A woman’s healthy capacity for intimacy, a hallmark of adult maturity and health, is frequently held up in our culture as a weakness. Therapists need to be aware to not necessarily look at depression as stemming from ‘inadequate separation’ or excessive dependency’.

ISSUES COMMONLY OF GREATER SIGNIFICANCE TO MEN THAN TO WOMEN

Men are more likely than women to

Gay and lesbian clients face different conflicts and potential depression, depending on the extent to which their sexual orientation remains secret, nondisclosed, or closeted vs open or out.

SOME ISSUES OF UNDISCLOSED GAYS AND LESBIANS

SOME ISSUES OF OPENLY GAY AND LESBIAN CLIENTS

ISSUES IN THE PROCESS OF COMING OUT

Clients who are experiencing a sexual identity crisis, or are in the first stages of coming out (questioning their sexual orientation), may appear at times to exhibit mood swings, hyperactivity, and impulsive behavior similar to mania.

Helping clients work through the issues of normalizing and exploring their sexual identity, and if warranted, supporting them through the stages of coming out is vital.

29d The Elderly
May be especially

Depression may be expressed by adolescents directly or through acting-out or rebelliousness, and interpreted by adults as delinquency.

Whenever you deal with a racial, ethnic or cultural minority, it is important to explore the common issues faced by people with similar backgrounds and to look for different ways of expressing depression or managing it.